Check out this book about an Olympic hopeful and…

By Ashe Barker and Katy Swann

Amazon  (and it’s FREE to read on Kindle Unlimited)

Life can’t get any better, can it?

But she hadn’t bargained on her sexy new coach being a dom, and when she literally bumps into Dylan Atkins at the club he’s determined to show her that he’s her master, in the dungeon as well as in the dojang. A hard spanking settles the matter.

Jodie and Dylan agree to put their relationship on hold and concentrate on their sport, but they can’t keep their hands off each other. It’s not long before Jodie ends up in his bed with her ass burning from another punishment. Their relationship deepens, and Jodie’s life seems perfect as she sets her sights firmly on making it to Tokyo with Team GB.

But when she discovers that the very person she thought of as her saviour is out to destroy her career with blackmail and threats she doesn’t know where to turn. Worse, the repercussions are affecting her relationship with Dylan. Suddenly, she has a lot more to lose than just her dreams of Olympic gold.

The party was already in full swing when Jodie and Sally arrived later that evening. Hot, glistening bodies moved sensually to the thumping electro music on the dance floor while groups of friends caught up at the bar. The delicious echo of slaps coming from the play area at the other end was a welcome reminder that this was no ordinary party. The club hosted these events every month. They were exclusive to the members, which meant the atmosphere was friendlier than it was on a regular club night.

“I love your dress,” shouted Sally. “It fits like a glove.”

“It should do. It took bloody ages to get into.” Jodie laughed as she thought back to the unglamorous tracksuit she had been wearing earlier. If only Dylan could see her now. She nodded toward the bar. “Fancy a drink?”

“I’ll have a bottle of beer, please. Are you drinking?”

“Yeah, but I’ll only have the one. I’m a would-be Olympic athlete now, you know,” Jodie said with a wink.

With their bottles of beer in hand, they headed toward the play area to check if there were any interesting scenes worth watching. They stopped near a spanking bench where a woman was being flogged by her dom. They were near enough to hear the woman’s gasps, but not so close they couldn’t talk quietly.

“Cheers,” said Sally, holding up her beer bottle. “Good luck with the meeting on Monday.”

“Thanks.” Jodie clinked her bottle against Sally’s and took a long drink of the deliciously cold beer. She would damn well savour this as it would be her last drop of alcohol until the Olympics were over. But, as she raised the bottle to her lips again, someone bumped into her from behind, knocking the bottle from her mouth and spilling half the contents over her chest and dress.

Not wanting to make a fuss, Jodie turned around to reassure the guy that she was absolutely fine and there was no harm done, but froze as she came face to face with Dylan. Stunned, she stared at him as she tried to work out what the hell he was doing there. Was he a dom? He certainly looked like it with his leather trousers, black t-shirt, and Doc Marten boots.

“Hello,” she said, when she was eventually able to speak again. “I never expected to see you here.”

Jodie grinned up at Dylan expecting him to smile back, but instead he was frowning. In fact, he looked seriously pissed off. And then the penny dropped. In her excitement at seeing her sexy taekwondo coach, she had completely forgotten that only a few hours earlier she had promised him there would be no nights out and no alcohol. She glanced down at the half-empty bottle of beer in her hand then back up at Dylan’s furious glare. Oh, shit!

I felt that look in my core! I wonder if this is where the business end of the paddle comes in…

She loves the 4 C’s: cats, chocolate, champagne and coffee. When she’s not writing she spends her time as a glorified taxi driver for her children and even finds time now and then to indulge in her interests, which include Tai Chi, dance, music, aviation and reading.

Amazon  (and it’s FREE to read on Kindle Unlimited)

Don’t forget that the O’Connors are at it again with Cian and Molly – you won’t want to miss this last trilogy of the Clan O’Connor. And then, there are Christmas books everywhere.

Check out Blushing Books starting in December for a free Christmas story a day for the 12 days of Christmas and a contest to end out your year with cheer! 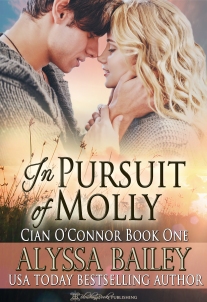 Romance for the Naughty in All of Us

Romance for the Naughty in All of Us