I have lots of free things on here for you but first, a word about traveling.

Did you know that if you travel out of the U.S. and need a new passport, you can get one with more pages for the same amount of money as the regular book? Of course, if you do little international travel, or just to Canada or Mexico from the U.S., they don’t stamp your passport and that’s not an issue. I made a trip to the U.K. a few years back, and only needed one stamp but I did get an extra one at the Isle of Anglesey but that was a choice. Not even a stamp in Ireland. (yes, I’m pouting) It’s been many years since I’ve lived in Europe but no stamps needed if we were driving through the borders. Only if flying in. (Yes, I know it takes less time, but it’s a memento, you know?”

Tasha Winters’  book takes us. (although something cold to drink and a few free hours would be good)

So let’s go on a trip, shall we? A time travel trip… with shifting, reverse harem, secret societies… Let’s go… meet our destiny… 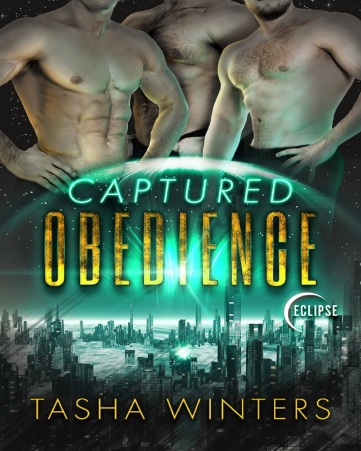 Today, she will meet her destiny

While attempting to escape a skinwalker bent on possessing her against her will, Maya runs into a forbidden cave. Instead of succumbing to her doom, she confronts her attacker and finds herself in a world so alien and dangerous, she prepares for a fate worse than death.

Crazed with fear, Maya fights unsuccessfully for her freedom until three powerful men rescue her from the cruel captors. Relieved, she soon discovers these men have their own expectations and methods to achieve the obedience they demand. She is now a captive of another kind, and at their insistence, she must complete her training as they claim her mind, body, heart, and soul.

Warning: This book has reverse harem, time travel, myths come to life, and more. Could this be thought as science fiction or simply a reality that has not yet been explored? You decide.

“That is enough of that, Miss Maya.”

Without another word, Paxton reached his hand around her waist, pulled her hard and tight against his belly and landed a handful of hard swats on her ass. She raised her soulful brown eyes to Pax’s hazel ones, reached her hand around to rub her ass and settled down immediately.

“That was the cutest damned thing I’ve ever seen. Did you see that, Sterling? That little minx responds as though she is used to being swatted. We need to take this one home.”

“We can’t just do that now that the guards have her. It doesn’t work that way.”

Pax rubbed the back of his neck in consternation. He wanted to scoop her up and take her home. The reason was insane. He wanted her. She stood between the two doctors like it was her natural spot, as though she belonged to them, believed they would protect her. Pax knew in that moment that he’d do anything to keep her safe. For whatever reason, she trusted them, and he was not going to let her down. It was in his nature to defend the weak and if anyone needed a champion right now, it was Maya.

Pax did too but playing devil’s advocate was what he did. “You what? She’s uncontrollable, wild. We have work to do.” He said all the expected things.

“She’s a challenge and we need a new one. She’ll fit right in. I know this is what we’re supposed to do. Our next chapter. Don’t you feel it?”

It wasn’t a request. Sterling was serious. While Paxton was the regional head of their Ambrose Society, Sterling was head of their steering committee on research. If Sterling wanted to go in that direction, no one would argue. Besides, it went hand in glove with Sterling’s research on assimilation, behavioral implants, and psychic connections. And then there was his new gift, a dream linking ability. The technology was there to do it and he’d helped to create it but to be able to do it personally, and then work with the one you linked with? Priceless.

“I figured. The uncontrollable ones always end up at the house, be they human or, with the advent of Zander, animal. Plants are never unruly and when they are, you prune them.”

“I’ve already claimed this one. She’s coming home with us. Now, please get the placement paperwork started while I go make the conversations happen.”

“I feel it too. Who gets custody of the hellion while all this is going on?”

“You have your meeting shortly, so I’ll take her with me for now. They won’t want to keep her after they see how aggressive she can get. It’s sneaky but it’ll work.”

“Simple. We kidnap her.”

Tasha Winters lives in the Piney Woods of Texas with her husband and daughter. She’s a homeschooling mom, a clinical social worker, the wife of a retired veteran and a voracious reader. In her youth, she was a great activist for just about any cause that made sense to her. There is no limit to the material from which to create.

Today, while still wearing all those hats and more, she writes love stories that bring capable, sassy, gifted women together with intelligent men sporting a few rough edges that excite the women they claim as their own. Romantic Science Fiction is new for Tasha. The experience is a complete surprise to her. She hopes you enjoy them as much as she did writing them.

Today I have two features for you. Here is feature #2:

To Wed a Vampire

Sylvie’s more human librarian than half-blood Fae princess and she definitely prefers books to men. Then, she learns her unwanted Lykae fiancée is marrying someone else. If she doesn’t stop the wedding, the Fae will resume the border war with the Werewolf nation. A high-handed Lykae security guard blocks her every move, and when her plans go awry, she’s kidnapped, stripped, and bound for his pleasure.Caleb the Cold, King of the Lykae, will do anything to make his younger brother’s wedding special–even pretend he’s a security guard and kidnap his brother’s former fiancée. Punishing her is pure pleasure, until he realizes she’s his mate. Now he needs to woo the woman he’s tormented to the edge of madness, but is it too late to claim her heart, and make her his?

OR READ FOR FREE ON KINDLE UNLIMITED.

“I need to speak with Prince Giles,” she begged, her voice a needy whimper.

He landed a light slap on her behind. “Now, sweetness, I don’t want to hear another man’s name on your lips. Still, give me your oath and accept me as your overlord, and I may permit it. Once they’re back from their honeymoon.”

“Flaming arrogant wolf.” She kicked out in fury. “Just cut me loose and go chew on a bone or something.”

“Perhaps you need more time to consider, or maybe I should continue our game. Maybe a little pain will heighten your pleasure.”

He pulled a knife from nowhere and cut the rope above her wrists. She’d hoped he meant to set her free, but he tossed her facedown on the bed. He lay atop her—a solid wall of muscle that pinned her to the mattress and made her feel like the filling in a bed-meets-Lykae sandwich. As she wriggled and squirmed beneath him, her nipples sank into the mattress; then he spread-eagled her arms and bound them to the bedposts.

“My brother will have your pelt for this,” Sylvie snarled, “and I’ll wear it like a goddamn cloak.”

His teeth snapped shut with an audible clatter. “I guarantee you’ll wear me, sweetness, but you’ll learn to mind me first.”

He sat on the bed and slid his legs beneath her slender body. With infinite patience, he positioned her across his lap, then ran a gentle hand over her panties. Okay, her wolf-man liked it kinky, but as long as he let her come, she could live with that. Nervous, eager, and helpless, she ground her hips against him.

“Tempting me, sweetness? Sorry, but your power games don’t work on me.”

A sudden slap on her ass sent pain shooting though her and heightened her need. She couldn’t enjoy this, could she? He hurt and humiliated her, but her body thrashed with desire, and her hips gyrated over his dick. Another sharp slap made her shudder, but her pride came to her rescue, and she never made a sound. A third made her bite her tongue until blood filled her mouth. She held her breath and waited, but how could she want this? Somehow she’d escape him; then her brother would kill him and serve up his entrails on a plate.

“Don’t be stubborn, sweetness. Just ask me to stop.”

She tensed and said nothing. Four, five, and six left her butt bruised and hurting, but seven started a tingling heat that spread over her ass and into her pussy. She wanted to hate him, but eight had her moaning. Nine made her hips rotate and hunt for his prick, and ten… Oh God, ten was an avalanche of pain that pushed her to the edge of something momentous and huge.

“Damn it, Sylvie.” He stopped abruptly; then he rubbed his hand over her butt, soothing where he’d just spanked, “You drive me insane.”

Insane? She felt the madness inside him, and while she knew he wanted her body, she didn’t understand why she wanted him just as badly—not after the way he insulted and humiliated her. Sex. It had to come down to sex.

OR READ FOR FREE ON KINDLE UNLIMITED.

Kryssie’s pet hates are unhappy endings, and a series that end on a cliff hanger.
Her books are all stand alone even when part of series. Plot always comes before sex, but when her heroines and heroes get together, the sex is explosive and explicit. One review called it downright sensual.

To Wed a Werewolf

To Break a Warrior King’s Curse

To Mate a Werewolf

To Seduce an Omega

Claimed by the Vampire, Seduced by the Werewolf

Marriage, Mobsters, and the Marine

Sex, Scandal, and the Sheriff

Desire, Deceit, and the Doctor

Submission, Secrets, and the Soldier

Dominated by the Dragon

Giving it up for the Gods

Only one recommendation today due to the long post:

Sometimes its just nice to sample the merchandise-Especially when it’s sweet. This is  free samples, because samples should be free, of 26 original Christmas stories by NYT, USAT, Award winning and International Best Selling authors all for you to take a small bite before the main feature, a box set Love, Christmas 2. Amazon Love Christmas 2